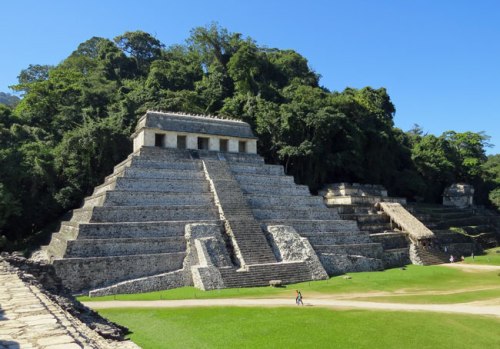 The next morning one of the staff from the hotel escorted us to the bus stop to make certain we would get onto the bus.  We got to the bus stop about twenty minutes early and waited.  And waited.  Until it became obvious that no bus was going to come.  At which point someone was flagged down and gave us a lift to Escarcega.  He was dropping bundles of newspapers off at various stores along the way.  We got dropped off at the wrong bus garage (we didn’t know which one we needed) but soon made our way to the right (ADO) one.  We had time to grab a quick lunch before getting on the bus to Palenque.

This must have been a first class bus because it had movies.  Bad ones.  In Spanish.  However, as we went along the scenery changed as we drew closer and closer to the rainforest.

We’ve been to Palenque before.  Each time we have visited it has become more and more developed.  There is now a luxury hotel where we first stayed (along with iguanas and howler monkeys) and, though you can sometimes hear them, we didn’t see any howler monkeys in town.  We stayed at the same hotel we stayed at in 2003 and there was still noisy building work going on.  Some of the restaurants are very touristy in terms of price and menu but there is a good choice of places to eat, drink and sleep.

In the morning we took ourselves to the Maya site – it’s easy enough on the collectivo.  It remains one of the best presented of all the sites in Central America.  The monumental structures rise up out of the forest as they must always have done.  There are one or two big trees left in the plazas (which would not have been the case in Mayan times) and these house a large colony of very noisy parrots (of the small, green varieties).  These days there are a large number of stalls selling tourist tat (some of it quite nice, some of it those nasty noise makers).  There are also a large number of tourists and, as it was a Saturday, quite a few children.  It’s no longer possible to get away from the crowds in the main parts of Palenque though, if you walk through the forest towards the museum, it’s fairly quiet. 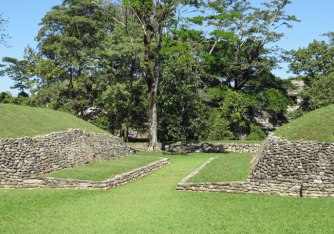 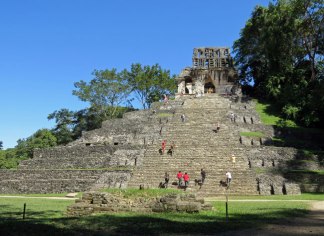 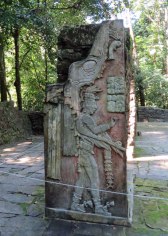 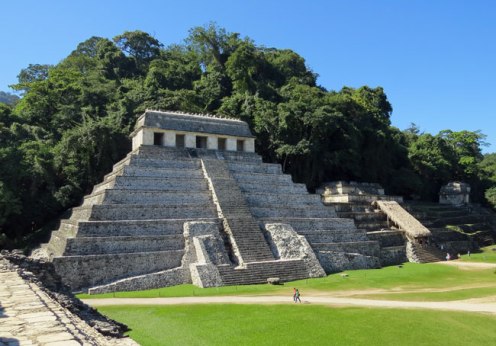 It’s a big site and we were quite tired by the time we got to the museum.  Which was, however, extremely worth the time and energy taken to visit.  They have reconstructed Pakal’s tomb extremely well and it is exhibited with plenty of explanatory text.  Sadly photos taken (without the forbidden flash) in the museum did not come out very well. 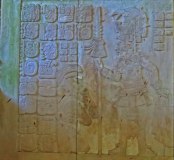 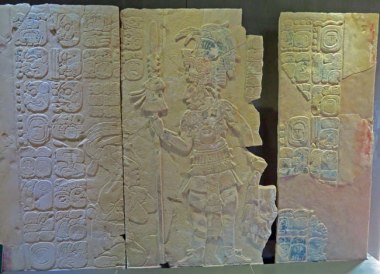