Few tourists seem to get to Zindan Cave. It’s just out of Aksu, so not far from Eğirdir.

We visited last year, the cave is fascinating. There is a restored Roman bridge nearby and it appears the cave has been used for various purposes for thousands of years.   So this year rather than repeating steps and going into the cave again we decided to explore the river valley heading upstream. It is a pretty easy walk, the river lined with trout farms most of which seem to offer fresh grilled trout.   It is a pretty valley, with paths to high meadows and some impressive wildlife not all of which we have managed to identify. We will go back and explore some more.

After this we went to Lake Kovada National Park. Like Zindan it is possible to get to Lake Kovada on public transport, the Aksu dolmus for Zindan and the Sütcüler dolmus for Kovada, but having our own transport made getting to both in one day a great deal easier. Lake Kovada is a very special place, stunningly beautiful and mostly well managed. Like last time we were there, despite the signs saying no hunting there was a certain amount of shooting taking place nearby but this time with police seeming to be attempting to put a stop to it. On a more positive note it was nice to see others enjoying the lake and national park, making use of the picnic spots and walking some of the trails. 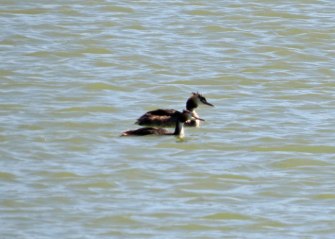 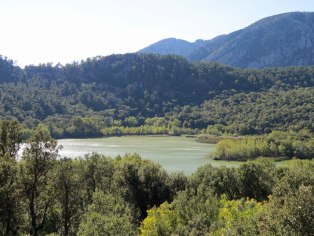